Developing a Style in Wood Turning by Simon Begg 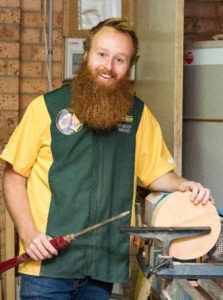 I have been turning for ten years’ now and, in that time, I have tried many different designs and styles. Some I love and have spent countless hours developing then there are others that remain hidden away on a bookshelf at my parents’ place. Of the first two designs that I ever had accepted into galleries, one style was a commercial success – I can’t make enough of them and the other just never sold. There are many elements to be considered that may lead to great design and also characteristics that can be worth developing.

Before I get into all that, a bit more about myself for those who don’t know me because it’s been too long between visits. I joined the Club (HWMS in Jul 2015) when I was 16 which, at that time, made me the youngest member by quite a margin. I learned the basics of turning and spent a lot of my time on the lathe making all sorts of basic projects. I learned quickly as I was always challenging my abilities, trying something a bit more difficult every time I was working on the lathe.

I loved woodworking so much that I dedicated most of my final year at school to my major project in woodwork where I was placed second in the State. From there I began to train as a cabinetmaker and completed my apprenticeship. After attending Turnfest in Queensland, I quit my job and started full time woodturning in 2016. In 2019 I was chosen to be one of the Turnfest demonstrators and this year (2020), I will be traveling to the USA to teach at the AAW Symposium and the Mid-Atlantic Symposium. These teaching opportunities are where I will be able to share some of the styles and techniques that I have been developing over the last few years.

Before trying to develop your own style of work, you have to master the tool control and knowledge of timber that only comes from much practice and experience on the tools. There are also great opportunities to learn from other turners that have made some similar mistakes before. A lot of the time we look back to our original works to see how far we had come. My bowls use to be fairly straight walled and flat bottomed, typical of most beginners. Eventually good design and shapes came into the forms that I made. Well-shaped curves, consistent wall thickness and appropriate foot sizes are important in that development of design. These aspects can be learned though others’ works, even in other mediums.

After gaining an understanding of how to get good form and clean cuts into the bowls and platters, that’s when I started to find my own style. At first, for me, that really came from adding carved embellishments. The first design that I really liked was my dot series. It was as simple as carving a few dots with my $40 Ozito rotary tool that followed the patterns in the grain. Here are pictures of my first and one of my more recent ones. 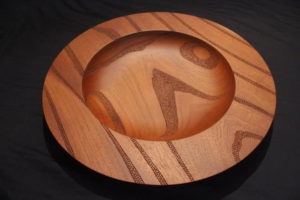 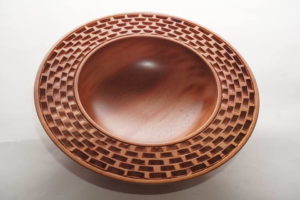 These designs were inspired by 2 photos that I found by searching woodturning on Google. I saw a texture that was carved to follow a section of grain rather than a perimeter of a bowl. This intrigued me and I found a piece of cedar with some interesting wavy grain. I turned a simple shape that I found highlighted the grain. Rather than just carve one band like I saw on the other works, I decided to carve every couple of growth rings. I was so happy with how it worked out and that’s how I developed my first design. Since then I have refined the shape with a larger rim to have a greater change in direction of the grain. I also look for particular cuts of wood. To me quarter sawn timber is boring in comparison with the back sawn timber that I use.

I think I have now carved about 100,000 dots in similar bowls, including a few 530 mm diameter bowls that have about 3,000 dots each. I loved how basic texturing could transform a good piece into a really great piece that was quite unique. I found my niche in the market as most people that added carved embellishment do very detailed relief carving. I was just adding a basic pattern. By experimenting with different cutters and tools, I found other patterns that I really liked. I would always have a scrap board next to me as I worked to test out new ideas that came to mind. By understanding the capacity of the carver and the different bits, I could develop ideas as I worked on the process of others. As they are simple, I found the carving would be quite quick and a small bowl like this rosewood one would only take me about an hour to turn and carve.

After meeting Nick Agar in 2017 I saw that a lot of his textures were inspired by nature. Half of his travel photos were of the ground, plants or structures. I realised that inspiration can come from anywhere and anything. On my next holiday, I found a texture that I really liked in the rockpools in Kiama where I had holidayed since I was three. I used my knowledge of the carving tool to add that into the rim of a bowl. It is a rough, organic shape so, if I slipped, it looked as if it was intentional, hidden in the design.

My next nature inspired design was when I went for a walk and saw some dried-up mud. With the country going through drought, I thought that it would be a texture that would capture an element of Australia. The lines were simple enough with a star cutter but the challenge came in scalloping the individual sections. With these complex textures, it’s all about layering techniques to get the final result. A few experiments later, I had a seven step process to get the pattern I was after. The red cedar once again was a perfect choice of timber to match the style of the carving. 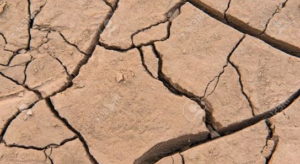 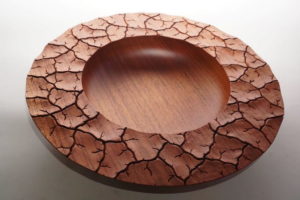 As well as finding a style through carving, one of the techniques that I am gaining recognition for is German ring turning. It’s a 200 year old production method for making toys. I stumbled across it when looking at other turning ideas and thought how it could be used for sculpture. I also was interested by the technique as it would challenge my abilities, just as I was doing ten years ago, trying to push myself to achieve the next level. This technique involves turning a detailed ring that, when cut in half, reveals a profile. I had to develop my own methods as there was very little information available so now I was aiming to attain new levels of detail in the technique. 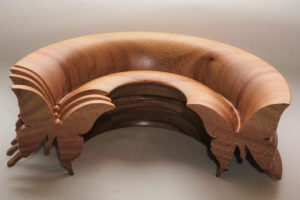 It’s not a brand new technique but with the direction I’m taking it, it’s recognisable as my original style of work. It’s the same with the carved embellishment, the techniques that I use are not new, but they are being used in different ways. Coming up with something brand new is not likely. With finding your own style, it’s a matter of doing something that has been done before in a slightly different way. It’s amazing that even a small difference in technique or design can make even a simple bowl recognisable as the work of a particular turner. There are some very creative turners out there and I recommend looking at their works to see what is out there.

Turnfest really opened my eyes to the possibilities and I would highly recommend experiencing that just once. I strongly recommend trying new things to develop your own style for what you make. Challenge yourself in all that you do and always strive to learn. Don’t be afraid if it doesn’t work straight away because it often doesn’t. Look at what others are doing and think how you could change it or blend it. The more you turn and experiment, the easier it gets. Hopefully these tips will help in finding your own style in wood turning.