Our Centralised Dust Extraction System – From Concept To Reality

The first proposal for a system to improve the quality of the air in the Shed was put to the February 2015 Committee meeting by the President, Ian Raper. In consideration that the total cost would be beyond the Shed’s finances, a grant was considered the only viable option to fund a significant part of the project.

Accordingly, following a letter, dated 20 June 2015, from Matt Kean, MP for Hornsby and Parliamentary Secretary for Communities, that he would try and assist our application for funds under the Community Building Partnership Grants 2015. That application was made on 3 August.

On 2 November, I received a call from Matt’s office, offering us $18,000, subject to the Shed funding the balance. That offer was quickly accepted by the Committee. The $18,000 was paid into our bank account on 4 April 2016.

The process of reorganising the Shed, in November, to accommodate the dust collection unit is recorded in the following photos: 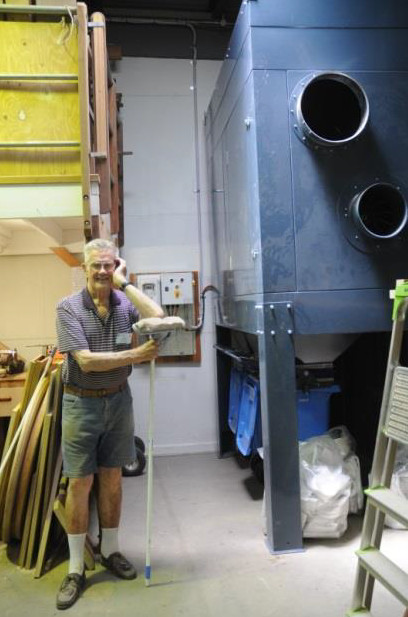 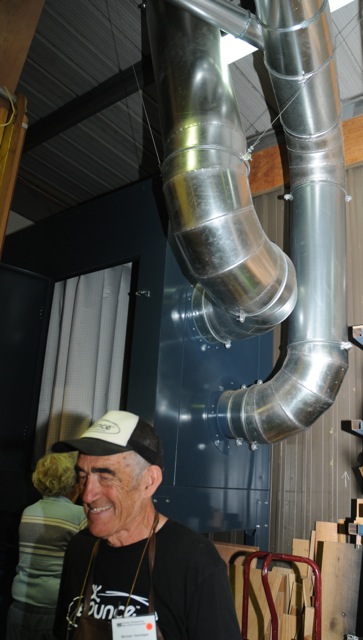 On 12 December, Tony Blair emailed the following message:
“Tomorrow, Tuesday 13th December, Greg Wheeler will be on site with his electrical contractor at 9.00am to kick-start the system. If you are interested you may wish to attend to hear it in operation and to see how the ductwork layout has been installed.”

On 31 December, Ian Raper emailed the following message headed; “Supervisors and other Key holders- Training on turning on and off the dust extractor; emptying of the dust bins and supervision of the dust gates”

The new equipment and enhanced Shed layout is ready to go. In preparation for the first 2017 session on 10 January, training of Supervisors on the operation of the new equipment was scheduled for Friday 6 January at 10am. Only Supervisors and Key holders will be allowed to turn on and off the Dust system and empty the dust bins at this stage.”

The following picture shows the forty-eight, eight inch socks that are cleaned by a motorised shaker that operates automatically for five minutes when the extraction fan is switched off. The fan is driven by a 7.5 KW/10HP motor. 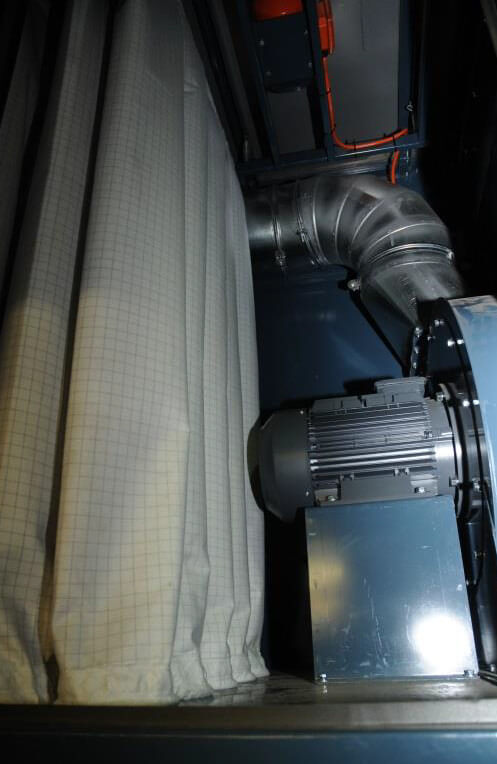 The following picture is typical of the manual switch for the gate, attached to each machine. It is in the “On” position, that allows suction to flow to extract dust and shavings. Members are quickly getting into the routine of opening the gate when starting work and closing it when finished.
The system is designed to operate efficiently with up to 60% of the gates open at one time. 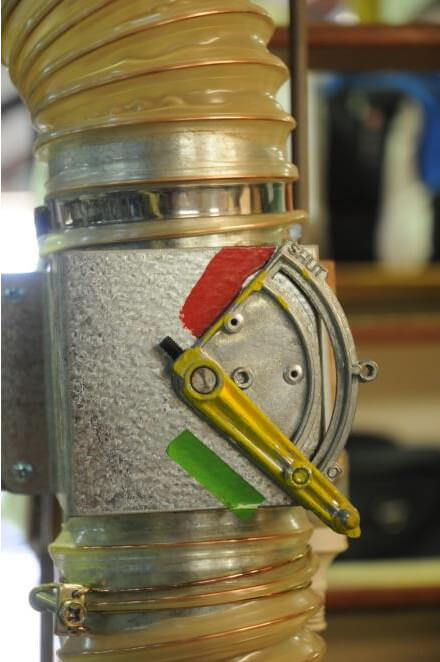