The Story of a Local Craftsman and Member

I can remember watching an advertisement on TV for Parker Furniture, depicting a “craftsman”   fashioning furniture and telling my mother, Phyllis, that that is what I wanted to do when I left school (in 1967). I guess I must have been about 13 or 14 at the time. I had been studying woodwork and metalwork and doing well in both subjects. Other subjects; commerce, languages, tech-drawing, didn’t hold my interest and I had no talent for art or music. My woodwork teacher was Les Miller*, from the New Inventors TV show and who has, I think, written some woodwork books. Les was a former Rail Carriage Builder and, I think, I may be the only former student of his that took up the trade.

(*Les Miller was well known also for his part in The Weekend Woodies on ABC Radio, run by Simon Marnie. Les had a devoted following. He was a founding member of the Woodworkers Group of NSW and a contributing editor to the Australian Woodworker Magazine as well as a widely travelled demonstrator for the Working With Wood Show. At the time he also produced many instructional videos, on woodworking and related practical subjects.)

I was born in Hunter Street, Hornsby, on the site of the current Madison Building. My parents separated when I was about 3 years old (domestic violence) and I grew up in a large (divided) house in northern Hornsby with my (maternal) grandparents, my younger brother, Stephen, and my uncle and aunt and their children which eventually totalled six. I’m still close to this group of cousins. The three major men in my early life were Arthur, my grandfather, and two uncles, Stan (who we lived with) and Les who lived “around the corner”. All were gardeners and “bush carpenters”. At the rear of the large block was a wood pile, carefully stacked and covered from the elements, with old second-hand corrugated iron. We were allowed to “work” in the shed which had a large shadow board on the back wall, covered with tools (some I still have) and encouraged to help with building projects around the yard. I can recall helping Arthur build a new box to house the sanitary pan. The box, built from “pre-loved” timber carefully selected from the wood pile and probably covered in lead-based paint. Ignorance was bliss!

As was the custom, of the 1960’s, most boys left school at the end of 4th form (Year 10), School Certificate or not and I was amongst them. I had applied to the NSW Government Railways for a job as a carpenter. However all the positions had been filled by the time they got down to me and the only woodworking apprenticeship available was a Rail Carriage Builder. So I accepted, not wanting to disappoint the three nice gentlemen on the other side of the desk and the fact that I didn’t have or have any clue of, a “Plan B”.

Clyde Wagon Works, 1968, that’s me in the middle wearing the bib-and-brace overalls

Work started on December 4, 1967. We had a week’s induction, fire safety, first aid, workshop safety etc. then off to Clyde Wagon Works, Auburn. The workshops are still there but very little remains of the buildings which were built in the early 20th century. We were put into a compound (eventually totalling 36 boys, a few I’m still in contact with) with 4 instructors and given fundamental training in woodwork. We were kitted out with tools too; 16 chisels, 6 gouges, 4 saws, 4 planes, screwdrivers, claw hammer and mallet, 2 braces and 10 GHG Guards Van bits, 4 “G” clamps, try squares and marking gauges; all top quality and all the tools I’d ever wanted and dreamt about. Christmas came early in 1967! We spent the next week flattening the face (facing) of all those edged tools. It was an arduous, boring job and I still hate it. I still have nearly all of that tool kit and some look as new today as they did 50 years ago. Buy good tools, look after them and they’ll last you a life time!

The pay was $18.80 per week (I still have the first payslip) and, after tax, I “took home” $15.00. I gave $5.00 to my mother for food and rent, (told) to put $5.00 in the bank and enjoy the remainder. After the Christmas break the training started in earnest, learning the basic fundamentals to prepare timber, checking for “wind”, flatness and square; making various joints, including my favourite – dovetail joints, and the use and care of the various tools. It was an excellent training ground as only the Railways could give. 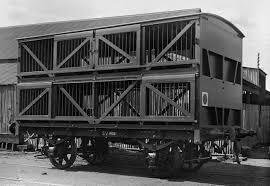 Our first real project was to make a Sheep Van door. Just a rectangular frame with haunched mortise and tenon joints. In that year, I discovered a love of working with timber and building things. This was nurtured by the instructors and rigid standards enforced.

Most of the work that year was making various doors to supply the demand for the rest of wagon works. The largest of these was a louvre van door, made from Oregon with 4”x 3” styles, 4 rails 2ft 7ins wide and 6ft 3ins high. The heaviest was a cattle van door, made of Tallow Wood, which would take 2 boys to turn it over. Although most of the components for these doors came from the Timber Mill with the mortise and tenons already cut, we had to “fit” them together and insure the joints “lined up” and the frame was “square”. Rigid standards enforced!
We made some of our own tools too. Timber mallet, oil stone box, German jack plane as well as a tool chest and tool box (both with dovetail joints). All of which I still use. 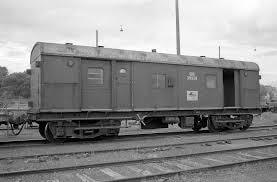 In the second year we went to #2 Section. Here I learnt to work in a team with two or three apprentices, under the tutelage of two tradesman, building GHG guards vans from the ground up. There was a hardwood frame covered by a res-coat plywood and a one-piece semi-elliptical plywood roof. The pillars (studs to a carpenter) were mortised into the 4” x 10” bottomside (bottom plate) and cantrail (top plate). Horizontal rails were half-lapped onto the pillars and the spaces in between had ½’ plywood “blocking” tightly fitted. Again, all the components for these vans come from the Timber Mill pre-cut, but we had to fit them. Everything was screwed together; there were no nails used. Even the 1¼” thick floor boards and 1½” x 1½” quad skirting was screwed down. Rigid standards enforced!

The next two years were spent at Chullora and Eveleigh (Redfern) Workshops and I worked on the various types of rail carriages, electric cars (red rattlers), diesel powered rail motors and mainline carriages. However I never worked with timber as much as I did in those first two years. I was doing well at tech, maybe not the best in practical but up in the top marks in the theory and technical drawing. So much so that, in the fourth year, I was sent to the Railway Design Office in York Street and spent the last few months of my apprenticeship on a drawing board. On finishing my apprenticeship, in 1972 I was offered a Mechanical Engineering Cadetship which I took up. After a couple of years in the Railway Design Office I moved to the Design Office of the Bus Division of the Public Transport Commission, as it was then known. This was more civil engineering than mechanical. In 1981 I moved back to State Rail Authority (another name change) and became a Maintenance Engineer at Clyde, where I’d started 14 years earlier and stayed for 9 years. I took a redundancy package in early 1990.

I’d decided add extensions to my house and use the “between jobs time” to manage the project and do some of the work myself. I extended the dining room and added a garage and a workshop. The latter of these was most important as it allowed me a space to build things and re-kindle those skills I’d learned 18 years’ earlier. It was also a place for my tool kit instead of the spare room. It has become a place of many enjoyable and fruitful hours, working on projects and organising the shed. Sometimes I think I spend more time organising the shed than working in it.

This was my second foray into building renovations. In 1972 I bought an old house. Banking a third of my pay paid off! It was a small fibro cottage with a rusty tin roof and, over the next few years, I renovated the kitchen and bathroom, ripping out the old fibro stripping with knowing the health implications. Ignorance is bliss! I never quite got these renos finished before I demolished the old house and had the house I’m currently living in built in 1983.

It was about this time (1990) that I met my partner, Mary. We were both single, never been married and no children. After all this time together we still don’t have children and still haven’t got married. However we do have a well-mannered fur child (cat).

In 1986 I had a mid-life crisis but couldn’t afford a Porsche so I went backpacking instead. I travelled to Europe via Sri Lanka, India, Nepal, Sudan and Egypt, staying in very cheap hostels and camping. After six months in Europe, I travelled home along the hippie highway, through Turkey, Iran and Pakistan to India and flew home from there. It was a great year, I still “dine out” (and bore Mary) on the stories; travel has become one of the passions in my life. The further off the beaten track the better but it’s getting more difficult. My favourite book, 1001 Historic Sites You Must See Before You Die has become my bucket list. I only have 734 places to see. I think I’m going to run out of time.

I spend one afternoon a week playing lawn bowls at the Asquith Bowling Club. In winter I play football (soccer) with the Hornsby Heights over 45s team. This is the same club I started with in 1963. I also have an interest in genealogy, including family history.

I belong to The Traditional Tools Group (TTTG) and, at one of its Brick Pit Tool Sales, I got talking to Ron Koutchavlis, took a flyer and then did nothing about it for a couple of years. However, after retiring in 2015 my interest was rekindled. On seeing the Shed, I was immediately impressed with the scale of the workshop and machinery. I enjoy the camaraderie with the members, learning the skills, rekindling old ones and sharing that knowledge with other members. I also hope that the reverse is true and that I can assist members with whatever knowledge I’ve gained building things using wood. I also look at Club Projects and try to figure out how we could do things better, making it easier and less work. Such as laborious sanding!

I’d only been a member for a couple of months when I volunteered to be the Librarian. I hate seeing good timber and other materials being thrown away. The new Library shelving is an example to re-using an old wardrobe that would have gone to the tip.

Kevin’s standing with the Shed was further enhanced when, at the 2017 AGM, he was elected to the position of Vice President.

The Shed is open, see our COVID19 protocol.